The Spore Print Project is a work in progress and the culmination of a years long exploration of creating source materials for artwork with fungi. Hundreds of spore prints have been collected from sites throughout North America and Europe as well as from grows in the artist’s studio.

Data collected is primarily of the mushroom spore material itself using a traditional method by mycologists to determine species. Location and environment data is also preserved.

Sequential prints are made as the spores disperse their contents and degrade. At times prints are left exposed to the world of the artists studio where an assortment of bugs leave trails of their presence. The prints themselves have at times become a site of artistic entropy in its process. Fungi when set beside one another during the making of a spore print seem to reach for one another as the spores leave the paths of their movement towards one another on paper. Could this seemingly gestural trace of that event documented on paper be a possible sight for scientific inquiry, perhaps?

A framing solution is shown in the documentation provided and will be employed as a means to catalogue, store and display the prints. A broader collection system is currently being developed. 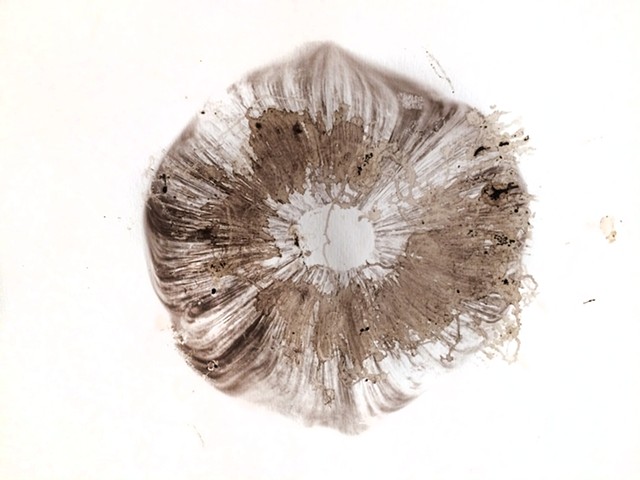 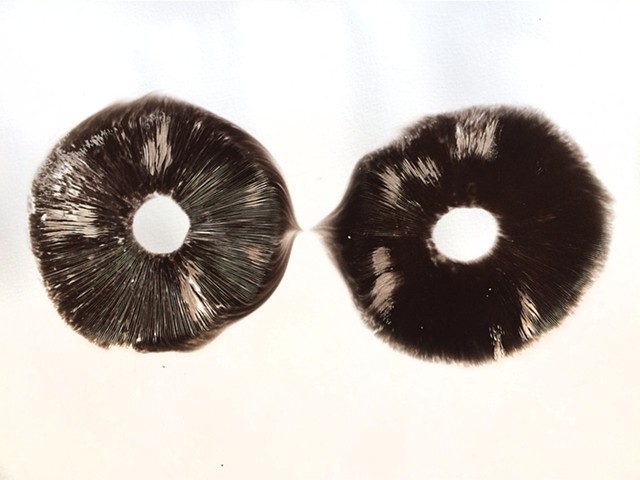 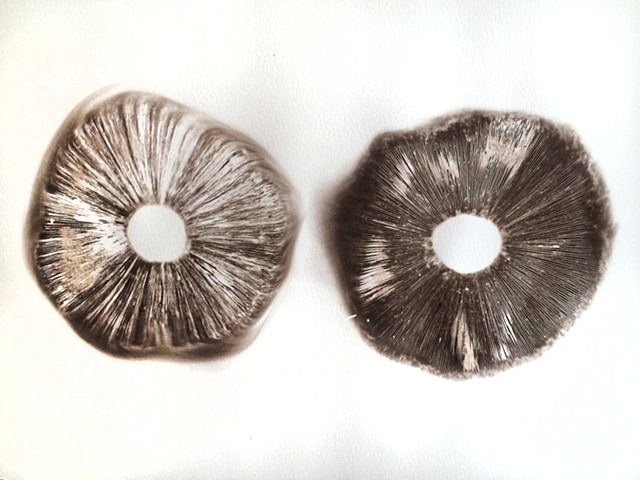 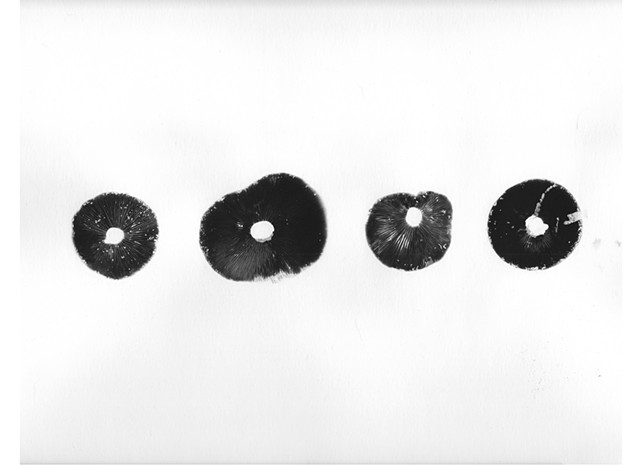 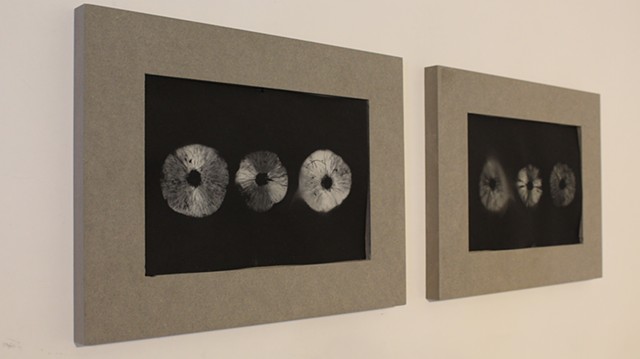