The Tranquility series are works in progress. It consists of two sub projects. One is the the Spore Print Project that collects location data and physical fungi spores of fungi both grown and found. The other is a series of lunar and martial relief sculptures that employ both sound and light that are procured and created from data collected from the growth of fungi using sensor based data collection techniques for moisture, carbon monoxide and movement. Sounds has also been sourced from NASA audio files of martian earthquakes. The lunar and martial landscapes were created using open source 3D files from NASA. Sculptures are both wall mounted and floor works. Some utilize audio amplifiers that project sound through the work’s surface. Others use light as a means to demonstrate the life cycles of fungi, through the collection and reinterpretation of streaming data into light and sound. These data interpretations are in a state of development as the artist has been learning to grow fungi in controlled settings. The two seemingly despondent subjects are overlapped in studying the scientific theory called Panspremia, in which it is speculated that life began on earth from bacteria, fungal in particular that was transported to the planet from meteors. The sculptural relief works are of craters, residual scars from the crashing of meteors on the lunar and martian surfaces. 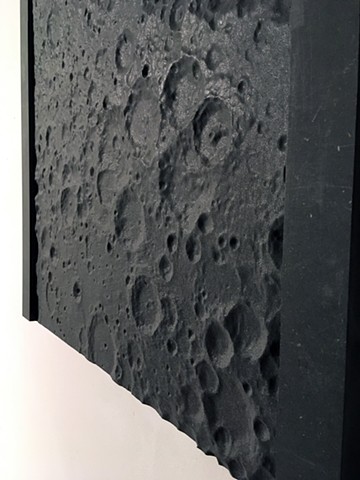 Echoes From the Far Side of the Moon (detail)
cnc'd valchromat,audio,transducers
24" x 36" x 2" 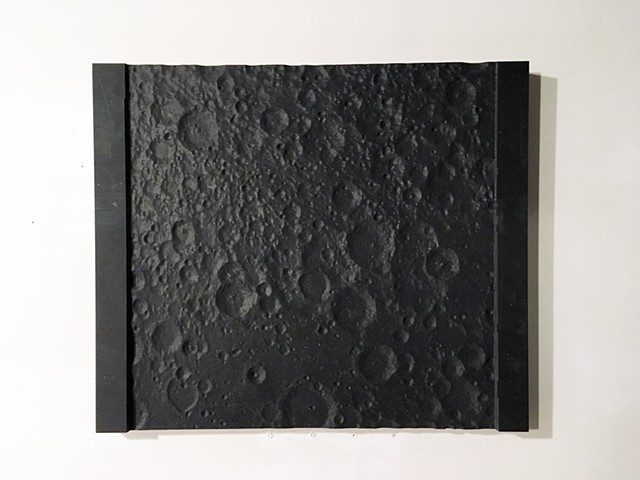 Echoes From the Far Side of the Moon
cnc'd valchromat,audio,transducers
24" x 36" x 2" 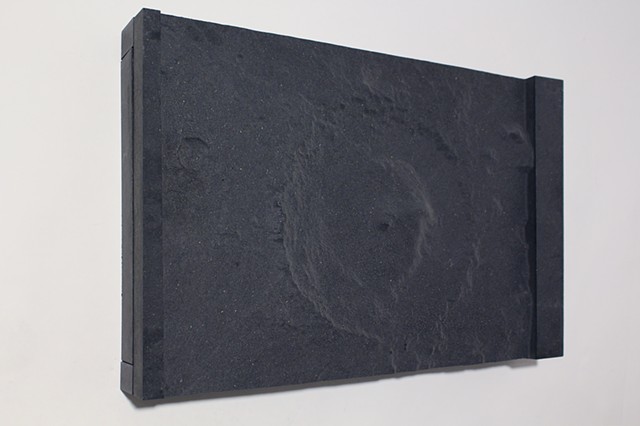 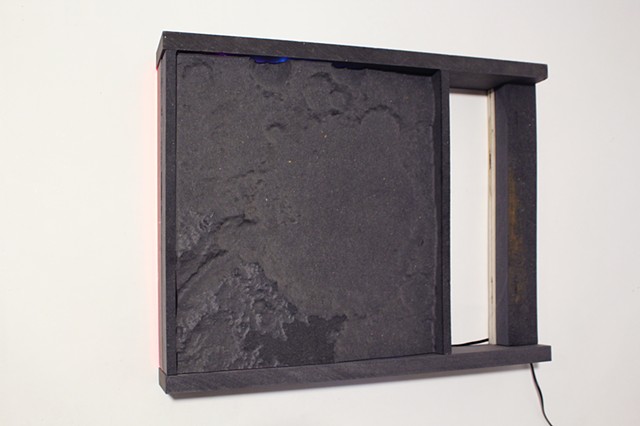 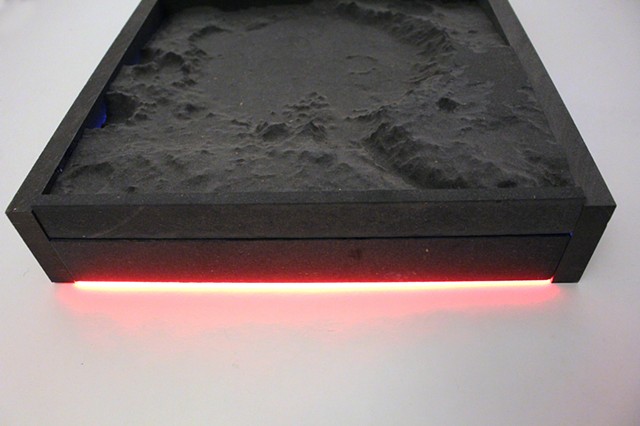